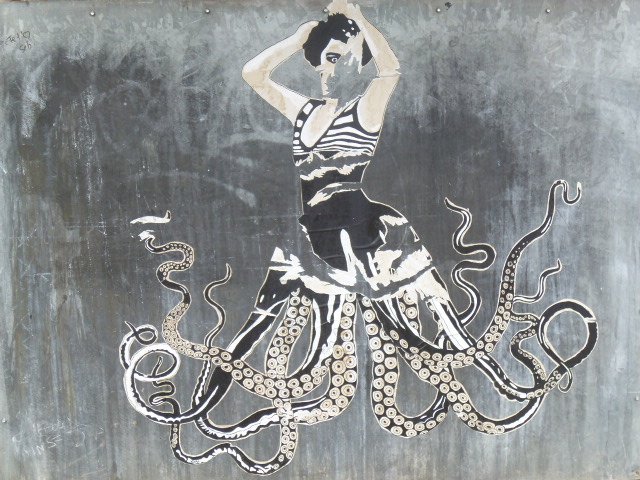 The reluctant acceptance of how things are

Ten years of growing up had softened Erica. Like any child struggling with the seemingly illogical and oppressive realities put before them by ‘society’ and ‘the man’, Erica eventually grew tired of being mad and fell in line.

Until she was thirteen Erica had kept a journal detailing all the things that she disliked about living life in the corporeal form of Pretty Jenny. Pretty Jenny was a slightly slower runner than Erica had been: her legs just weren’t as long. Pretty Jenny, at ten, had already gone through enough of puberty to require a bra. This was an embarrassing thing to suddenly be faced with at primary school and, even worse, meant that some of Erica’s favourite t-shirts (‘Sea World 2011’, ‘Geology Rocks!’ and ‘I Believe In Unicorns’) didn’t fit anymore. Worst of all, Erica was suddenly alarmingly pretty. Although most of her friend’s bodies had been discontinued too, none of them had become as alienatingly attractive as she had. Her friends suddenly found her difficult to talk to. Reluctantly, after a few weeks of stubborn loneliness and awkward conversations, Erica had edged towards the ‘cool crowd’.

Eventually, being surrounded by ‘cool’ took its osmotic effect. By twelve, perfectly rational things that she had previously not considered suddenly became horrifically embarrassing. Suddenly the brand of her shoes and the length of her skirt in relation to her knee bore significance and, although she did little to resist it, Erica attributed blame to Pretty Jenny for it in her journal.

At thirteen the journal stopped and Erica began to engage in low quality, angry poetry which no one but her would ever see. This was because Erica would become ashamed of her poems days after their completion and would throw them into the bin in crumpled balls. The poems would insult Pretty Jenny more directly and spitefully than the journal ever had, and Erica would become panicked that her ‘collaborator’ would somehow find them or intuitively know about them, and get Erica into some kind of trouble.

When Erica was fifteen, her mother arranged a letter exchange with Pretty Jenny’s mother so that the girls could find out more about each other. Erica had agonised over the tone and length of her letter but Jenny’s reply had been insultingly brief and breezy.

How’s it going? Funny to think I’m writing this and it’ll be me that’ll be reading it tomorrow. Thanks for your letter. Cool to know all your interests and stuff. Cool that you’re in to running. Weird – I never run so can’t imagine me actually running but I guess I do, ha! My favourite things to do are mainly watching sitcoms (I love all my mom’s old stuff like Friends and Sex and the City), hanging out with my guy friends and stuff. I’m really into frappuccinos and Ben and Jerry’s ice cream (OMG… phish food).

Erica was incensed. Incensed that Jenny referred to Erica as ‘I’; incensed that Jenny was eating Ben and Jerry’s ice cream and hanging out with ‘guys’, neither of which Erica had done; incensed that Jenny was allowed to watch Sex and the City when Erica’s mother had described it as inappropriate. It made her skin crawl to imagine Jenny writing the letter the day before and to realise that it’d been her own hands that had been writing. Only Jenny didn’t think of them as Erica’s hands at all.

It galled her to realise that Jenny was having all of the fun for both of them. The next week Erica dropped out of athletics club. She spent her lunch money for the whole week on chocolate and ate it all in one sitting. Then, when her mother had gone to sleep that night, she streamed some old episodes of Sex and the City and watched them wearing headphones. There and then, she vowed to herself to start living the life that Jenny’s beautiful body was built for.

By seventeen behaving in the light, superficial way that had seemed so alien when she had read Jenny’s first letter had become instinctive. Erica too loved ice cream, had ‘guy friends’ and often ended social interactions with abrupt declarations of ‘gotta run!’

By twenty, Erica couldn’t remember why she had been so mad. She was healthy, beautiful and popular, and couldn’t remember what else she’d ever believed she needed. Even better, she now had her own apartment in the outer zones of London, two cats and a steady, reasonable income. Erica was employed as a writer. More specifically: Erica wrote to reassure little girls and boys about the virtues and thrills of collaboration. Erica was a government employed agony aunt. She often thought of herself as a British Carrie Bradshaw and very rarely thought about athletics, angry poetry or geology anymore.